With box number one out of the way and a general happiness so far with Topps' efforts with this product let us head directly into box break number two. Now, the reason I titled this "Box #2 + some" was that when I went to open this box I found that the packs were already busted and there were more cards than there should have been. I must have purchased some loose packs along with this box and ripped them during my plague-filled haze a while back. Whatever the case, as you will see, this product continues to satisfy. 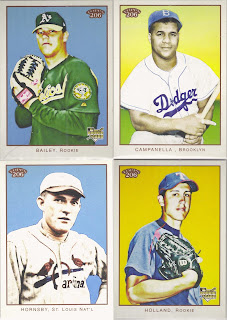 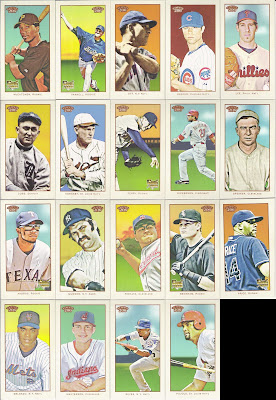 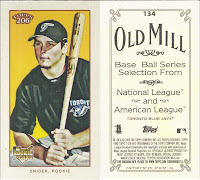 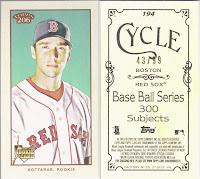 This is the part of the break that I was most happy with. The box hits were there as well as a few "bonus" hits. All counted I pulled 2 autos, 2 inserts and 1 relic. Not bad for 25 packs in total. The autos were 1 mini Piedmont framed on-card auto of Ryan Braun and his accompanying regular sized card sticker auto. 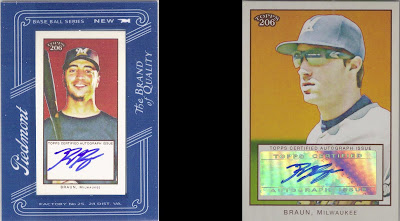 The relic pulled was an Old Mill framed pants relic, which are seeded 1:105 packs, of Miguel Tejada from the Houston Astros. 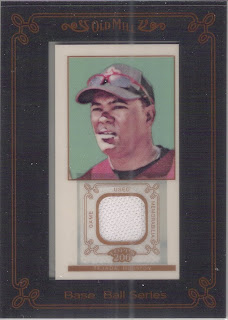 Finally the last two pulls were a serial numbered insert and a one-of-one. I pulled my second framed silk card in as many boxes. The silks are seeded 1:160 packs. The 1/1 was a Base Card magenta printing plate. These are seeded 1:258 packs.

The silk is numbered 48/50 and is of Evan Longoria. 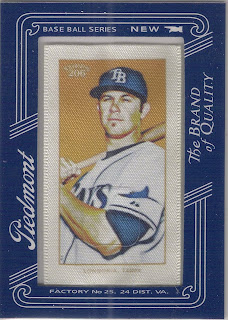 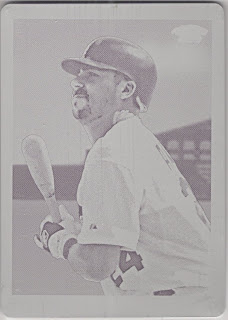 So far, out of two boxes I am extremely happy with what I have seen from Topps. The only disappointments this time around were a miss-cut David Price mini and the sticker autographs do look pretty terrible. The shiny foil just does not work with a retro-themed set.

Thanks for wasting your time reading this and I cannot wait to see if my luck continues into box number three. Thanks also to my musical guests, Goldfinger, who provided a perfect soundtrack to this break. See you soon for the next box and rest assured my satisfaction with this product will be resulting in a box 4 and 5 break later on.