First and foremost let me state unequivocally that I in no way harbor any delusion that I am anywhere close to competing for top spot in the $10 Twitter Card Shop Challenge. The goal of which is pretty self-explanatory. Let's just say that I even ventured to TWO card shops looking to contend. I managed to spend $9.50 of my $10.00 budget but I think I may have one item disqualified.

Stop number one was the usual Not-so-LCS. I had to put in a few hours of work today and so naturally I thought a quick stop and $10.00 later I'd be at home.

I looked through 3 boxes of '50% Off' items but nothing that I or anyone else would have wanted. The closest I came was a Darren McFadden 'Absolute' relic for $3.50. Had it been auto'd I would have pulled the trigger.

Disappointed but undaunted I decided to scout out another card shop a little further down the road. This one is a Definitely-not-so-LCS and after my visit today will not become a regular anytime soon.

Enough yakking, on to what I did find.

I sifted through 2 4800-count boxes of $1 cards that were mostly Hockey and Basketball. To the store-owner's credit he did inform me off the top that he dealt in very little baseball but I was free to look. I found a grand total of FIVE cards!!!

As you may or may not know, on of the kinds of cards I collect are ones featuring players bunting the ball. I collect any and all kinds of them. It gives me something to do when boredom sets in with set building. Some of the harder cards to find, let alone even learn of their existence, are relic and insert cards that belong in my PSC. I found 3 that fit the bill in the $1 box. 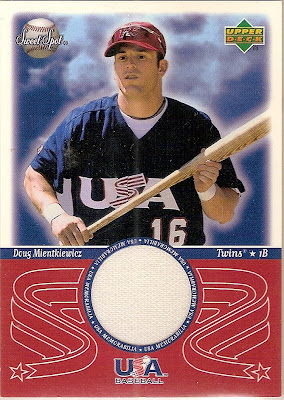 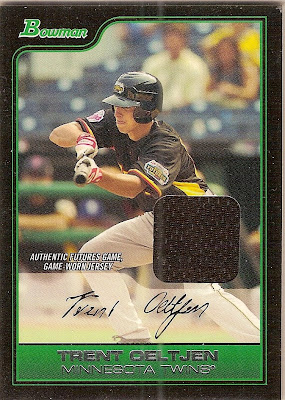 The third card in the bunting series is from the 2007 Topps Heritage Clubhouse Collection Insert set. Card #CC-RF is a Rafael Furcal GU bat card. 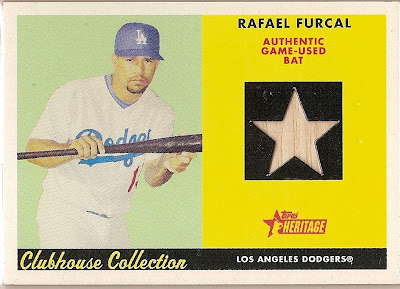 The next two cards were purchase simply because I collect Cubs cards. No other reason, although the GU relic card does look pretty good with the jersey-shaped cut out window. The first card is from the 2008 Bowman Draft Prospects Jerseys Insert set. Card #BDPP82 is of Welington Castillo. 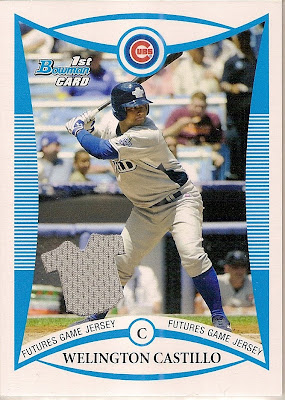 Cub number 2 is actually a former Cub now but I still like the looks of these 2009 Topps T-206 full size card autographs. I cannot help but feel had they been on-card they would get much more attention from The Hobby. My last $1 card from the five is Card #NFA-16 and it features all-around major-league curmudgeon Milton Bradley. 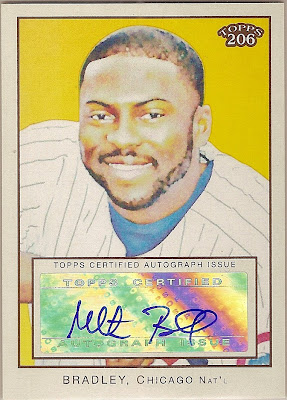 The last card making its entry into The Challenge was a throw-in from the store owner when I told him what I was buying the cards for. He let me pick a 6th card at no cost as long as I made it BIG. A choice of a card that could put me over the top. I decided to take his advice literally and went BIG. 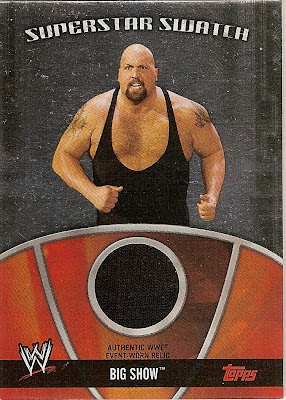 Now, as I stated at the top I spent $9.50 of my $10.00 budget. The card selection just was not there. I tried and tried but everything I found just felt forced and upon further review had no rightful place in my collection. However, I did find something in this shop that DID complete a collection AND I had been searching for one for about a year.

I defer to the judges but with $4.50 I completed my 6-issue Batman series written by the great Kevin Smith. 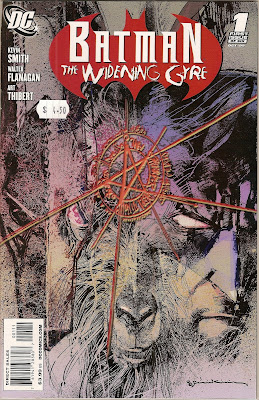 All things considered an afternoon spent at card shops is never a bad way to spend the day. I added a few cards to my collection and that is never a bad thing. For some greater successes and to view the other entries in this impromptu challenge head on over to 'The 400 Level' and check out his loot, 'Cardboard Icons' came away with some nice stuff and Tweet Mr. Chris Olds to provide you a link to what he purchased for $10.00.

Keep an eye out for the next challenge laid down and join in. Its all in good fun. 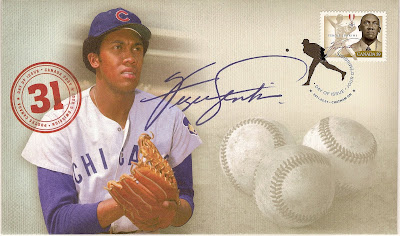 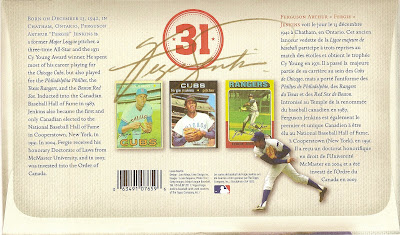 I never really had an "official" Vol.I of this post but I decided to launch this theme with a bang. No more than 5 redemptions were entered into the Topps website today.

I have been going full bore trying to organize what had become a disaster in my office. There were cards everywhere. Cards to be sorted, cards to be mailed, cards to filed, packs of cards to be opened and cards to have their fates decided.

Most of that work is complete. I think there are three or four piles left to go through. One of the pile of cards I waded through had been where I designated my "to be redeemed" pile. Knowing that had I not sat myself down and entered the codes, a few of these cards may have expired before the next time I saw them.

So, if you noticed, there are three more counters on the sidebar of the blog. The current record for length of time to fulfill belongs to Topps and has been chronicled here. The three newest counters also belong to Topps.

If there are any kind souls out there who would want to trade me any of these for a Starlin Castro RHR, or an unredeemed #5 RHR you would make a Canadian Cub Fan veeeeeerrrrrryyyy happy, indeed!.

The next redemption was one that helped bring me oh-so-close to winning this year's 'Gint-A-Cuffs' challenge, but sadly, was not enough. It was definitely a fun addition to busting boxes of a great product and I am looking forward to this year's version. 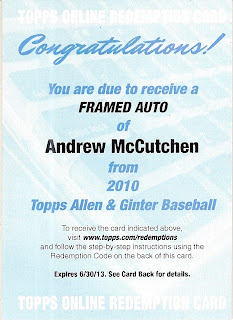 Lastly, the third redemption card was one I was REAL happy to get from one of the group breaks I participated in over at 'Thorzul Will Rule'. He busted 2009 Topps Finest and 2004 UD Legends Timeless Teams. One team was picked and one team was randomized. The Dodgers were available and I took them in hopes of landing a Jackie Robinson, no dice. Luck had it that my randomized team was one I collect and the redemption I hit came from them. 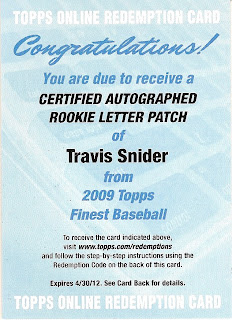 I managed to load up on Dodgers and Dodger autos in the break so hopefully a Dodger fan is reading this and can offer them a good home.

Keep an eye on the sidebar and track the time it takes Topps to get me these wonderful pieces of cardboard. I am also giving Topps a bit of a break and not starting the counter until midnight tonight. Ain't I nice?


To help celebrate these redemptions I brought back a great clip from an earlier post. Make the people happy Robert. 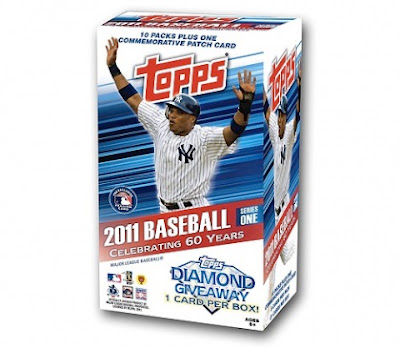 If you are a team set collector like me then finding a team set checklist is sometimes a bit of work. I decided to take that work off your shoulders and compile them for you.