Tonight, in front of what is sure to be a loud, raucous and joyfully expectant crowd, the Toronto Blue Jays officially begin their quest to fulfill the expectations that have been heaped on them since pitchers and catchers reported to Florida back in February. Tonight, a guaranteed sell-out crowd will welcome with open arms the team that has ignited a buzz not felt north of the border since the spring of 1993. All the preparation, all the speculation and all the expectation comes to a head in a mere few hours. Tonight, “it” begins.

In a trade that many compared to the ground-breaking reformation of the Toronto Blue Jays back in December of 1990, when a young kid named Alomar and a guy who had worn out his welcome in San Diego named Carter were brought in, the face of a franchise was altered again back in November. A 12-player deal that seemingly came out of nowhere catching everyone off-guard (including the commissioner of Major League Baseball, Bud Selig) turned what was considered another bridesmaid in the American League East Division into a serious, odds-on early World Series favourite.

At the heartbreaking core of the deal, if you were to ask Florida Marlin fans, was the 29 year-old, 4 time All-Star and clear-cut anchor up the middle at shortstop, Jose Reyes. 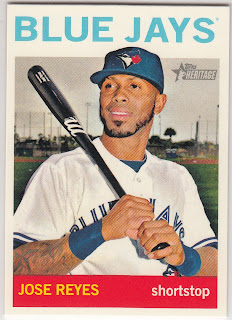 The immediate addition to the offensive speed of the Blue Jays is what should be the biggest upside to Reyes. Being a fan of watching teams win games on the base-paths I look forward to the season-long excitement of a team that knows how and when to run.

While Reyes was the spotlight of the deal, there were a couple other guys who came along for the ride that had a significant impact on their chosen positions within the ranks of the Blue Jays. In 2012 the Blue Jays starting pitching staff was a work in progress and looked like it would be a few years before anyone needed to consider them even slightly threatening. If nothing else, the stability brought to the 2013 starting line-up would make any Jays fan breathe a little easier.

Josh Johnson has played his entire career for the Florida Marlins, he has attended a couple All-Star games and has gone about his business rather unassumingly, with a K to BB ratio that would make any manager happy. 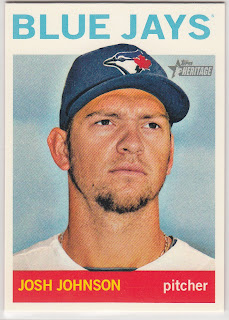 When you look at your number 3 or 4 starter you want someone you can count on to deliver consistency and reign in the walks. Johnson has delivered that in the past and should continue to do so.

The other arm that Toronto acquired was a player I have admired for quite some time, mostly what I have admired about Mark Buehrle was his ability to eat up innings as a starter. Which, when it comes to pitching in Toronto, is not such a bad trait to have. 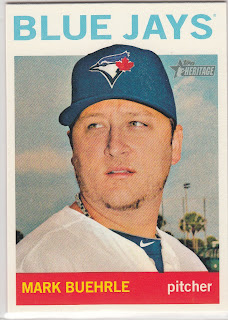 A 4-time All-Star and 4-time Golden Glove winner, who still has a few years left to give, brings 13 years of experience and a veteran leadership quality to a pitching staff that was clearly in way over its head last year.

For most teams, such a blockbuster deal would have been enough to bring optimism and chatter of contention to their fan base. However, when it comes to Alex Anthopoulos there never seems to be a point where there is “enough”. Roughly 1 month later the Toronto Blue Jays made headlines again when they announced the acquisition of a reigning Cy Young champion. A player whose career had been one of the best feel-good stories of 2012. A player whose chosen pitch is guaranteed to make him and the Toronto Blue Jays a much talked about entity in 2013.

On December 18th, the Toronto Blue Jays broke more hearts (this time Mets fans) when they traded for knuckleballer R.A.Dickey. 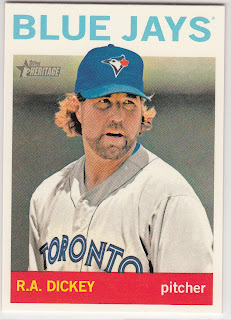 When it comes to pitchers who throw the knuckleball it is definitely a career lengthening pitch. However, as the story goes, it is a pitch that can leave you as quickly as it found you. According to those more well versed in speculation than I, R.A. Dickey has a different ability with the knuckleball than most, which will make being a fan of the Blue Jays an enjoyable watch for 2013.

With all the good that has transpired this spring for the Toronto Blue Jays this post would not be complete without a mention of one of the more upsetting stories, personally. In the second half of 2012, everyone witnessed the complete and utter breakdown of Ricky Romero, my favourite Blue Jay by far. After starting the season 9-1 and looking like 2012 would be another step towards true pitching Ace status, EVERYTHING went wrong. Ricky finished the season 0-13. Speculation that he should have been shut down, that he could not handle the weight of being the “staff ace” and that he simply “lost his stuff” continued throughout the off-season. 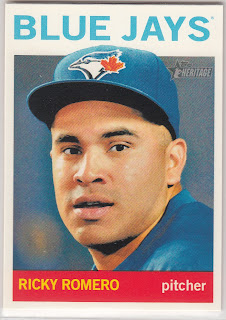 Rightly so, Ricky Romero failed to make the trek north with the 2013 version of a team that inspired hope and speculation among fans. Rightly so, Ricky Romero will be tasked with altering his mechanics and finding the pitcher that he was from 2009 through the first half of 2012. I’m convinced enough of this that I drafted Ricky Romero to my Fantasy Baseball roster. I’m confident he will come back physically, mentally and emotionally stronger than ever. I’m also confident he will come back to a team that will be contenders all year long for the American League Championship.

Either way, this is has been a great spring to be a Toronto Blue Jays fan, and this will be an even better season to be one as well.