So, as you may or may not know this is the release of 2009 that I had been waiting for and had been saving all my shiny nickles for. Well, more than just nickles, but could you imagine how many freaking nickles it would take to purchase this stuff? Also, this makes me long for the days when a handful of nickles COULD get you some cardboard. However, I am seriously digressing here. 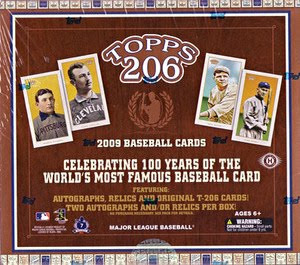 My main objective with this set is to put together the mini Piedmont back parallel set. Over the past year and a bit that I have been getting back into the hobby I have discovered that I am a sucker for the retro-themed releases. I like collecting cards that look and feel like baseball cards. I think I have found the niche of the market that will become the staple of my collecting obsession.

Firstly, to set the mood, we have the accompanying music for this break. This time it is Concrete Blonde and their 1986 self-titled debut record. I had and always will have such a wicked crush on Johnette Napolitano. 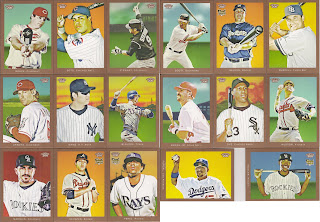 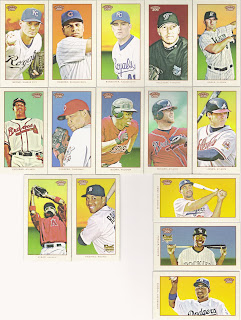 While recording the minis I noticed an error on the back of the Aramis Ramirez card that probably will not be fixed but it is something I will watch for throughout these breaks. It lists the Chicago Cubs as being in the American League. 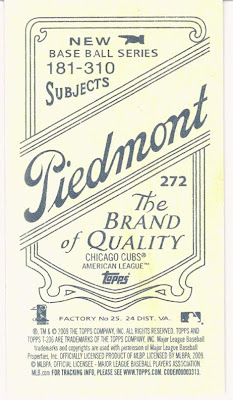 The other mini inserts pulled from this box were a mini SP of some guy from St.Louis who is supposed to be good......

The 1 per box Old Mill backed mini was of Jacoby Ellsbury....... 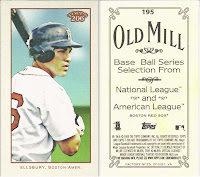 The 2 Polar Bear backed minis were of Russell Martin and Jeremy Guthrie.............(Jeremy will soon be on his way to the bearded one, if needed) 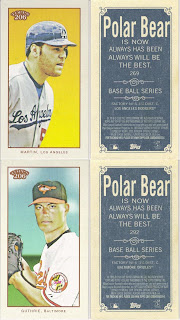 and last mini insert was a serial numbered Cycle backed of Mike Fontenot #27/99. 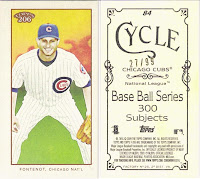 Last but not least we get to the guaranteed box hits. This box yielded one of each, a framed autograph mini and a framed relic mini. There was also a bonus framed insert to go with them. The Autograph was in a Piedmont frame and was of Minnesota Twin, Bernard Span.......

The framed relic hit was a jersey card in an Old Mill frame of New York Yankee, Robinson Cano....

And finally, the "bonus" hit of the box was a serial numbered, Piedmont framed silk variation of Phillie Ryan Howard. Numbered 03/50.

I have to say that I am completely satisfied with this first box of Topps T-206 Baseball. It was everything I would expect from a release. Great design, great collation and a totally satisfying box break. The 9 cards per pack is sufficient as far as I am concerned and there really is nothing that feels like waste when all is said and done.

I am looking forward to breaking box #2, hopefully I can post it in a day or two to keep things rolling here. Until then, I will end with the "official" providers of the soundtrack to this box break.