Check out MY cards!!!

About a month ago I decided to sign up for an account at Checkoutmycards.com and see what all the fuss was about. I had read several testimonials from satisfied customers and it seemed like something that might aid in my completion of some insert sets, aside from the usual trading method that has proven successful time and time again.

I decided to take $20 and see just how much I could get for my money. In the end I think I did okay.

The first cards I went searching for were from a subset of cards I initially talked about here. Aside from collecting the usual favorite teams and players I also collect certain cards based on their subject matter. One of the coolest ones I saw from a release in 2009 were the National Chicle mini parallels from Upper Deck's 'Philadelphia' football product. There are 10 cards that feature military aircraft. Through COMC I managed to find 5 more to add to the one I pulled from the discounted blaster boxes. 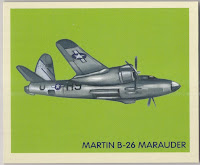 The Martin B-26 Marauder was nicknamed 'The Widowmaker' due to its high instance of crashed during the testing phase of production. 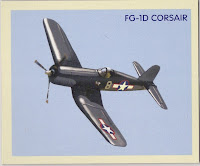 The FG-1D Corsair was the first U.S. warplane to reach 400-MPH. Its victory ratio against the Japanese fighterplanes was 11-to-1. 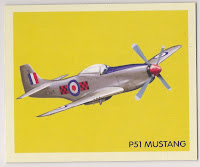 The P51 Mustang was mainly used to escort U.S. heavy bombers. Its popularity led to the Ford Motor Company designing a car in the 60's bearing its name. 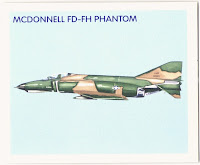 The McDonnell FD-FH Phantom, while never seeing combat, was the first carrier-based fighter jet in the U.S. Navy. 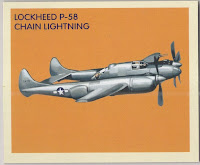 Sparked by an initial post by sooz over at 'A Cardboard Prblem' on the apparent unnatural and essentially falsehood of the Allen & Ginter 1/1 wood mini cards being actually made of wood, I was reminded of a set of cards from the 90's which was ACTUALLY made of wood. In 1997 Topps had released an insert set called 'Team Timber' that were seeded one card per box. For the longest time I had card #TT-10 featuring Juan Gonzalez gathering dust in a shoebox. 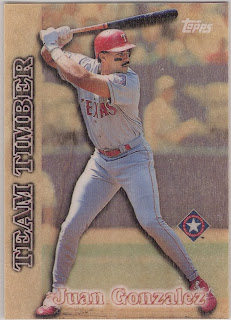 'Team Timber' was a 16-card set featuring the biggest hitters of the day. I thought I might as well see how many of these I could get from COMC and still come in under budget. All totaled I found 13 more of the 'Team Timber' set and added them to my order. I grabbed two of the cheapest priced card because I wanted to experiment with it when it got here.
TT2, TT3, TT4 and TT5 featured Ken Caminiti (SD), Bernie Williams (NYY), Jeff Bagwell (HOU) and Frank Thomas (CWS)

The card that I ordered doubles of to experiment on was the Mo Vaughn. TT11.1 gladly gave up its existence for the sake of curiosity. These cards were made of a thin veneer of wood on the front of which was a clear sticker featuring the images you see scanned. The card backs were different in that the images, statistics and printing appear to have been screen printed on rather than just a sticker. There is an actual wood grain to the cards as well. Both versions of the Mo Vaughn card were an entirely different grain pattern. When rolled up the cards split into long slivers right along the grain pattern.

The only drawback to this is that these cards really cannot be stored in pages as they tended to begin to curl when kept outside of a toploader for any period of time. A bit of a pain but not something totally inconvenient.

Including the Gonzalez I already owned I am now only three cards away from finishing this set. Not bad for an insert that back when it was released was seeded one per box. For those of you who may have one or two of these kicking around, have a look for me. I need TT1 - Ken Griffey Jr., TT6 - Andres Galarraga and TT12 - Mark McGwire.

With a few dollars left to spend I decided to see what was available for my Jackie Robinson collection. The first card I found was one I had seen several times and eventually wanted to pick up. However, I only wanted to get it for a decent price, not some of the unfavorable sums I had seen. Seeing as I am posting it here my guess is you know I satisfied that criteria.

The next three cards I got of Jackie Robinson's in reality turned out to be only two. I ended up with a double of one not realising there was zero difference between what was listed as the "Windsor Green" version and the "Green Linen" version of the card. If anyone is collecting the 2007 Upper Deck Masterpiece set and needs the green version of card #54, let me know, I will gladly swap it for any of the other parallels I still need from that set.

This is a nice set and I plan on buying a whole mess of this product in the near future. 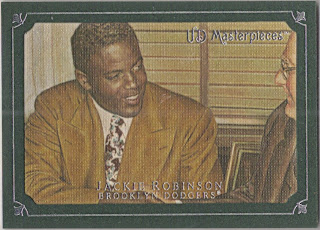 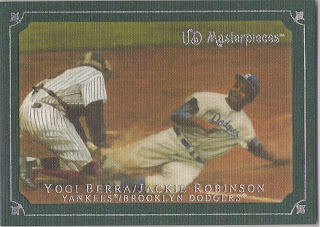 The last card in this delivery I purchased strictly for the purpose of having it autographed. I was hoping to have the card in time to take with me to the FanExpo I recently attended in Toronto. Unfortunately the package did not arrive in time. (Lesson learned). It however led to a much more significant item being signed. The gist of which I covered in this post here.

All together I am very happy with my first purchase from COMC. My only critique would be with the rather steep S&H charges that grow with every card added to the request for shipping order. When compared to other outlets like eBay it is right in line so I get the arguments of how it really is not that bad. It really is that only concern I had with the process though. Everything else was perfect and I am already building another order to be shipped real soon.

If you have never done so, I recommend going to 'Checkoutmycards' and seeing what they can offer you. For my money it is a great way to finish off sets as well as finding some of the more obscure items you are looking for at a negotiable price.