OPC Baseball - Best of the Rest

I finally got around to opening and scanning the last three packs of 2009 Upper Deck/O-Pee-Chee Disappointment...err....Baseball I purchased on Tuesday. I am in agreement with some of the complaints I have read on other blogs about the few too many cards per pack here. Six cards does seem to be a bit weak when the set is 600 cards. I guess the thought process here is maximize the spending the customer needs to put out to build this thing.

Anyway, here is the last 3 packs of my purchase;


So far, my favorite card of the set came in this pack; 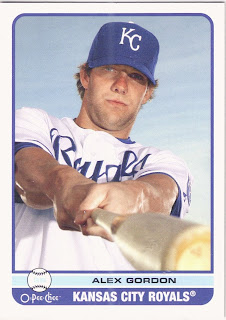 Every pack has at least 1 SP card. I guess the final 100 are SP. This one was from the 'Rookie' subset. 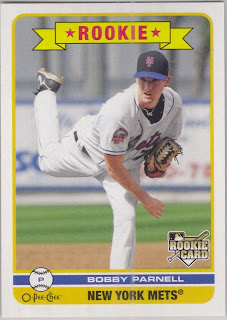 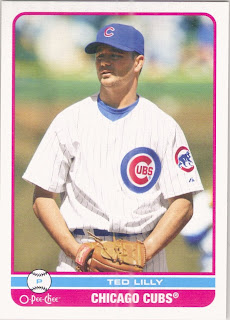 I'm only posting this because it looks as though Upper Deck told Scott about their plan to cave to Topps without notifying the people paying for their product and how it somehow makes good business sense.

Scott laughs at this notion UD. 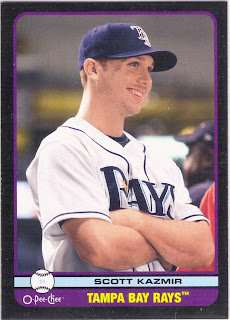 MJ had the sniffles and all he got to show for it was cardboard immortality. 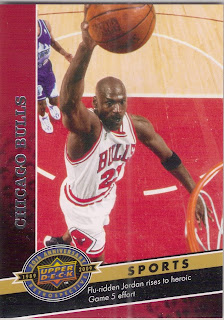 And lastly, the SP of this pack. Take a "moment" and have a look. 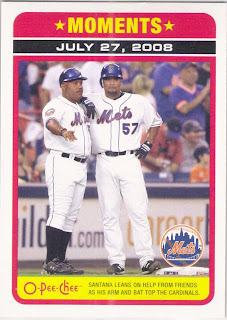 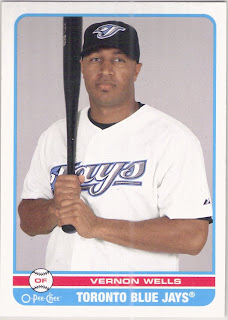 Once again, just to be absolutely clear on this. I love the base set design, everything about it. Especially the colour scheme on the Jays cards. They will probably be the best looking team set released this year by any company. I just hope UD understands what they have done by dropping the promised parallel set. And, with that being said, I too will now drop the subject from now on. 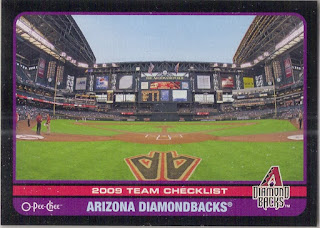 and last, but by no means least, the short print card of the pack featuring the Top 15 strikeout leaders from 2008 on the back and the Top 3 on the front. 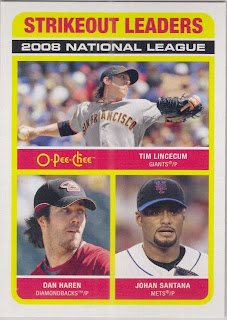 Looking at the back of this card I had no idea how many MLB teams have had their names Trademarked or Registered. It is truly a sign of the different times we now live in.

If anyone is actually going to put together the parallel set drop me a line and I can keep whatever I get aside for you. I will be building the base set and probably parallel team sets of the Blue Jays and Cubs. As always my traders will be listed on the right-hand side of my blog.