With all the excitement surrounding 'Strasburg Day' in MLB this post is a little bit late. I spent the evening watching to see if the hype was sustainable while participating in a very cool and impromptu live chat over at 'A Cardboard Problem'. There were almost 50 MCG cards redeemed amongst the participants there and not a single Stephen Strasburg card #661 was to be had. We all still had a great time though.

Not to disappoint though I wanted to complete today's pack rip of 2010 Topps Series 2 Baseball which happens to be pack #6 of this box and we will see how Babe Ruth does this time around.

Of course, before we do, we need to take care of a little thing I call my Top 10 Favorite Television Show Theme Songs. We currently stand at #5 and this one caused me a great deal of deliberation. While I am a HUGE fan of Science Fiction shows and several of their themes are everlasting, only one of my favorites made this list.

At one time in my childhood this actually scared me if I was alone in the dark. As I got older I just learned to put on a braver face.

Pack #6 was not exactly busting with Blue Jays and Cubs but it was not void of them either. I pulled two Blue Jays in Brett Cecil and Aaron Hill and one Cub, Kosuke Fukudome. 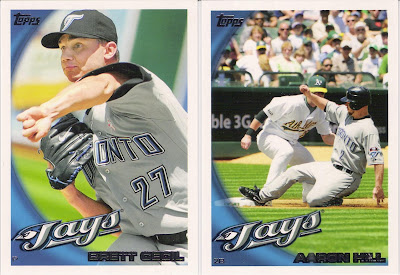 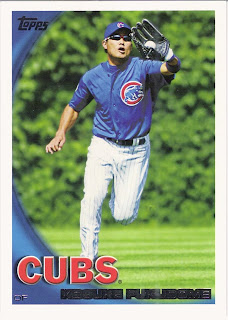 Other notable base-cards in the pack were two good ole Canadian boys, one of which was featured on 'Coaches Corner' during game 4 of the Stanley Cup finals. Justin Morneau and Russel Martin. 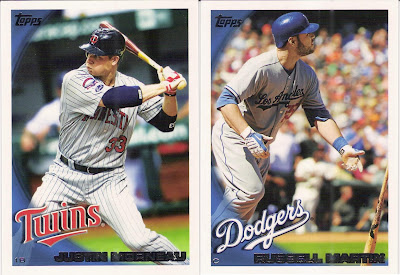 Seeing as Strasburg-mania seems to have taken hold of the planet, I thought it was appropriate that I pulled the card of a player who enjoyed similar maniacal attention earlier on in the season but has quietly come back down to earth. Guess the HOF career is gonna take a bit to get going again. Thankfully it is the pie-less version. 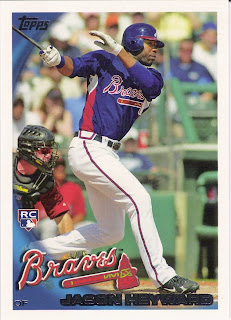 Last pack I posted the Baltimore Orioles 'Franchise History' card because I had no idea what such a terrible photo was doing on a Topps card. Today I post another card and pose a similar question. Why Topps? 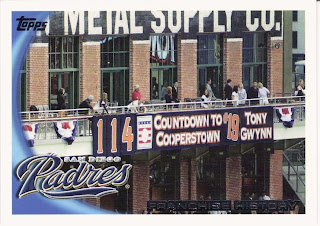 The standard issue inserts were here with the Gold parallel of Delmon Young numbered 1982/2010, an Ed Mathews Milwaukee Braves card that someones mother may have trashed and a 'History of the World Series' card that tells the story of how Bob Feller was apparently robbed of an out on a pick off play. If you want to talk about World Series controversial umpiring calls, ask Kelly Gruber and any Blue Jays fan about 1992 and tagging Deion Sanders.

Hunter Pence graces the Sportflics 2020 3D All-Star card. These cards are starting to grow on me. Mr. No-hitter Ubaldo Jimenez is TR89 and Toronto Blue Jay Aaron Hill is the 'Peak Performance' card commemorating his crushing of the Blue Jays single-season home run record for his position.

The 'Legendary Lineage' is the first one of this set I can say I really like. It looks like a cool card and the subjects deserve to be linked. Good job Topps, still do not like the set though. Babe Ruth and Ryan Howard will go into the PC though. 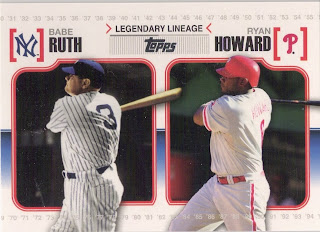 The 'Vintage Legend' card, which I have already decided from pack #1 that I will be collecting, is of Roy Campanella dressed up to look all 1979. 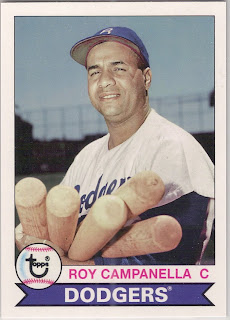 I held on to the 'Million Card Giveaway' redemption card from pack #5 in hopes of turning it into a Stephen Strasburg card #661. I also hoped to use the power of Mike Schmidt to transmorgify into Strasburg........... 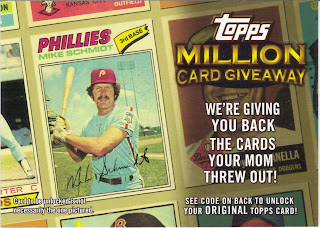 ....yeah, if you look real close you will see the same thing I did. That is NOT Stephen Strasburg.... 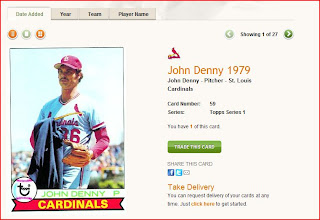 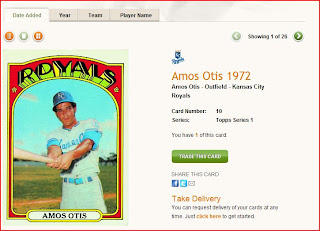 As if my disappointment could not get any deeper, I pull this piece of garbage. 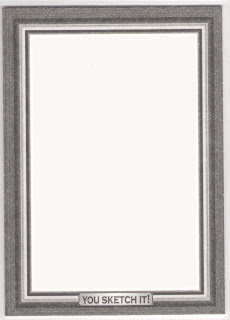 I have been made to feel alot of things by Topps in the past, but, never have I been made to feel insulted. 'Topps Attax' taking up the space of a base card is excusable. It is dumb, but excusable. This 'You Sketch It' uselessness? Plain insulting. So much so it ended up like this. 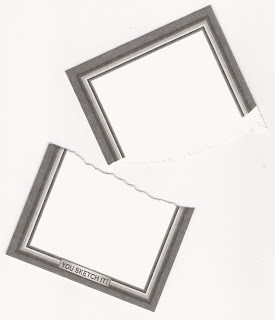 All things considered I enjoyed this pack better than the first Babe Ruth pack. Hopefully the last four packs in the box help was away the stench that is 'You Sketch It'. Hey Topps, SKETCH THIS!!!!

Tomorrow will bring with it pack #7 and Ty Cobb. Also we start into the top 4 of my T10FTSTS. Hope you will take the time to join me.