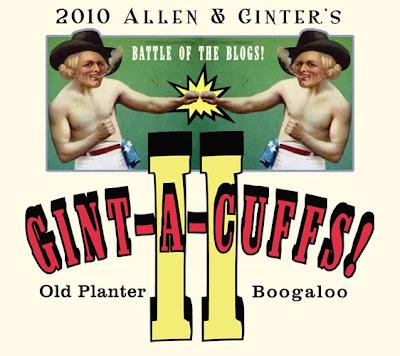 FanofReds has posted everything but his last 2 packs from his break so I figure I might as well post the last of my second box. Time to bring it on home........ 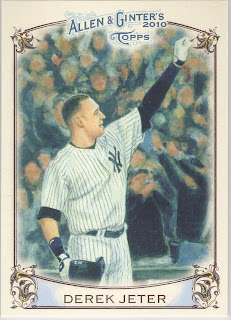 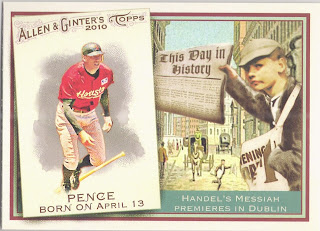 *This is the first pack where none of the base cards scored for me. I guess all streaks must end. Also, I have to call this a successful break, looking over the 'Wordsmiths' checklist I have pulled the two that I would REALLY want in Poe and Shakespeare. The only other name I see that I would have been happy to get is Victor Hugo. I still may try and chase this set though. Hard to believe that Dickens did not make the cut, speaking of which I have a post in the works about Charles.* 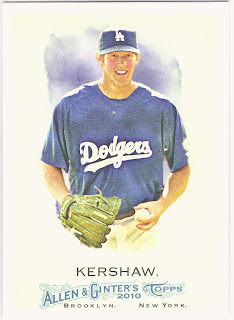 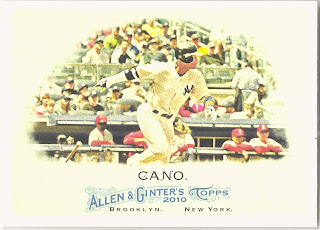 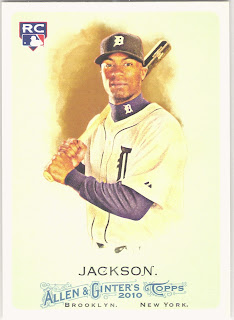 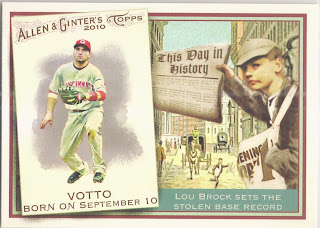 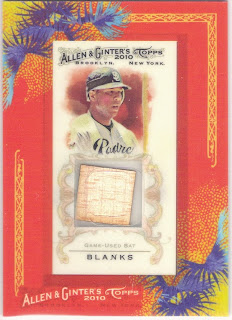 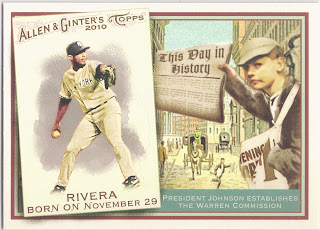 *YESSSS!!!!!! I am not sure if it counts as one but I had assumed the Printing Plate was my third hit of the box. This will definitely help the scoring for Gint-A-Cuffs. One thing I have noticed about the relics this year as opposed to last year, they look tiny and unimpressive. At least with the white plastic border that was around last year's window it was not glaringly obvious just how small the swatch/relic you got was. This year it looks kinda ridiculous.* 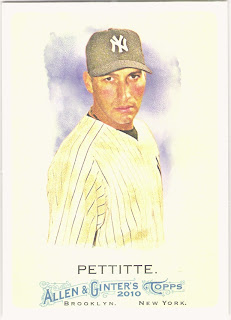 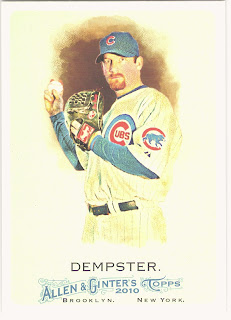 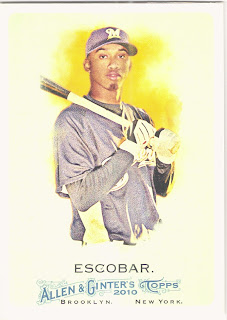 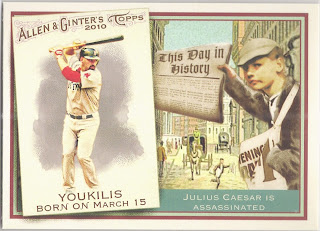 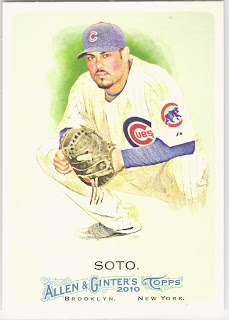 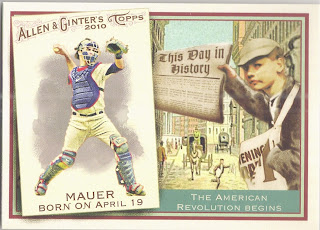 *The last three packs and NOW the Cubs start falling. The cynic in me is now thinking that the box after this one I picked up was Choc-Full-O-Cubs!!!* 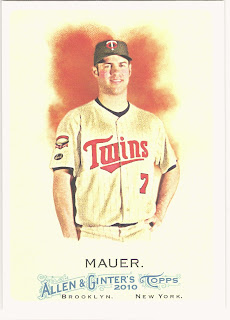 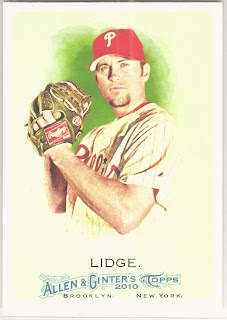 *You may notice no 'This Day In History' card was scored here. Earlier in the break I had a pack with two, looks like this was its rightful home. No bonus for me.
The Point-less 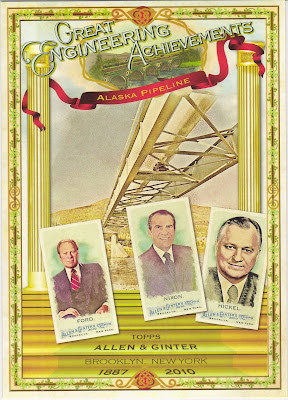 Kind of ended on a whimper there, would have loved to have gone out with something big but such are the breaks. Thanks to the printing plate this entry turned into a respectable one for this competition. With the chances of some serious pulls available this year I think the winning score will be closer to 300. However, I am really happy with this box and have totally enjoyed competing in Gint-A-Cuffs this year. Thanks to Beardy for creating the fun and thanks to Mark's Ephemera for doing an incredible job as Commish. I cannot begin to imagine the work that goes into developing a scoring table and then the painstaking task of overseeing the competition.

I am already beginning training for next year's competition.