The Flagship Flies North of the Border

Seeing as everyone else has been enjoying the budding emergence of 2010 Topps Series 1 Baseball and the mercury here has been sitting below 0 for the last couple days I decided to venture out and see if I could do something to warm the cockles. If there is one thing I succumb to easily it is envy.

I am not proud but I am accepting of my foibles.

Alas, as I walked into the card shop there it was in all its smurfy-blue/Wally-gator-green glory!!!! 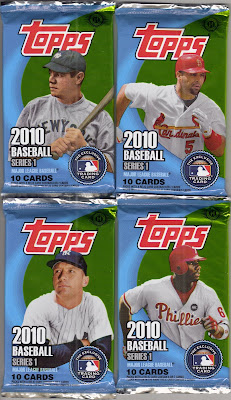 Once again a tip of the hat to Topps for taking care of the pack collector. Four variants with four big names. (on a personal note to Topps, Jackie better be in Series 2, okay?) Lets rip the pack with The Mick on the front and see who is first out of the blocks this year in my collection...................... 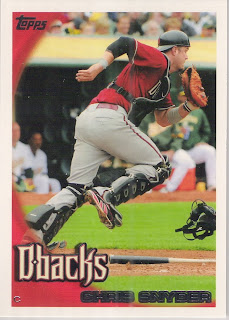 The Detroit Tigers are represented next by Aubrey Huff.
Third card in is elicits another "Yay" from me. My namesake, stretching for a line-drive and adding some nice symmetry to this card........ 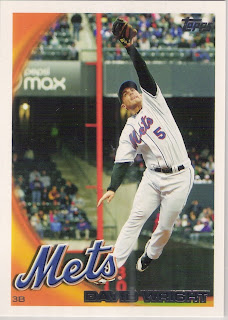 Insert Time - Gold Parallel Ichiro #31/2010, Turkey Red Andre Ethier (this set is going to be another hit this year for Topps) and Topps Town Josh Hamilton. Last year I managed to build two full sets of the Topps Town baseball cards. Not sure if I will try for it this year.

Atlanta Brave Yunel Escobar was next followed by Milwaukee Brewer Mat Gamel. The last card in pack number one of the 2010 collecting season sums it up nicely and sends us off the field into the dugout for pack number 2. Magglio Ordonez giving us the "We're outta here!!!" pose...... 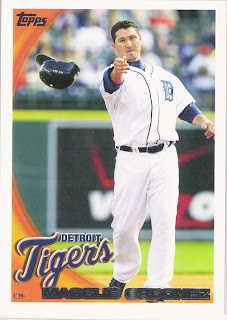 Pack #2 (Ryan Howard on the front)

Chicago White Sock - Alex Rios (what else do you grammatically call a single player from Chicago's south side? Also, still has one of the coolest birthplaces I have ever seen. Who would not want to be from a place called Coffee??!!??) 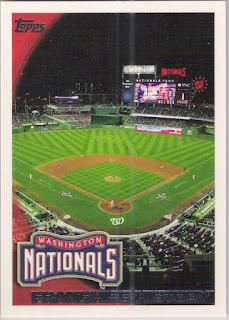 Insert Card time - Tales of the Game - 1969 Amazin' Mets, Peak Performance Vladimir Guerrero (a player who's appearance is forever insanely announced in my brain thanks to Stale Gum) and Topps Town Kevin Youkilis. 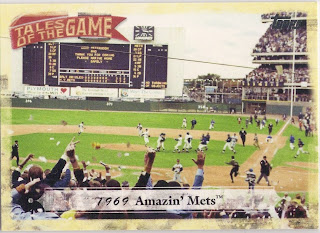 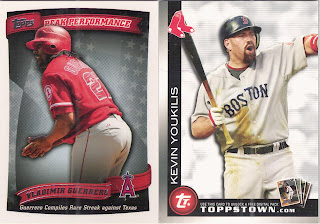 Closing out this yawner of a pack is San Francisco Giant Barry Zito.

Colorado Rockie - Jason Marquis (this card confirms what I have been thinking so far about this design. Clearly the better move is to have the team logo from the back moved to the front of the card. This card is plain "fugly") 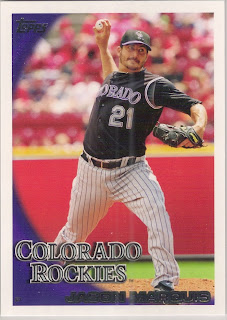 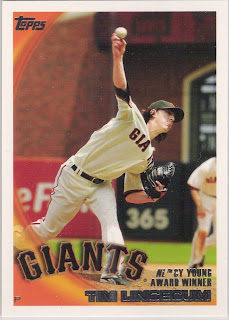 Finally, ahhhhhhhhhhhhh there we go....thank you Topps. I was starting to feel neglected, starting to think you no longer cared about me. I thought I had done something to upset you. Whew!! Now I can go about my business. I have been ADVERTISED to!!!!! (if anyone actually plays this online email me for the code, it is yours.) 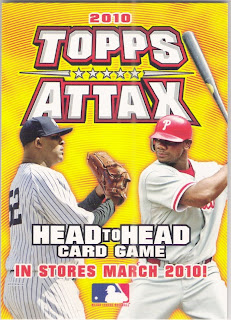 San Francisco Giant - Freddy Sanchez
Walgreen National - Shairon Martis (until I become bored of it, that is how I will refer to this team from this point forward. So shall it be......)
Los Angeles Dodger - Jim Thome (sweet looking card or is it just that anyone looks like a classic baseball superstar in Dodger blue?!?) 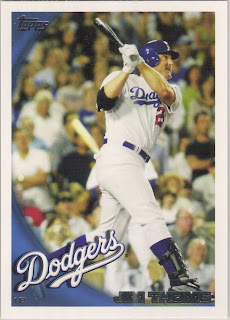 Inserts - Tales of the Game - Ozzie Guillen "flips", Legendary Lineage - Reggie Jackson/Adam Dunn (*note to Topps - leave the 'Then and Now' subset in Heritage and think up something original) and Topps Town Ryan Braun. 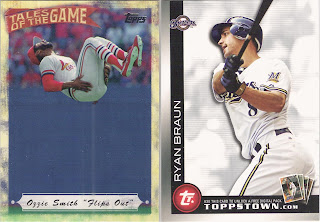 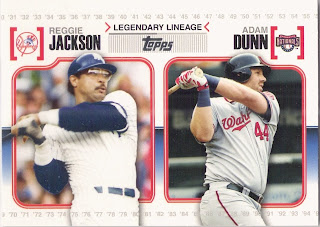 Lastly, giving their grittiest effort to bring this pack home as a winner, just look at the strain on their faces. Kansas City Royal, Zack Greinke and Cincinnati Red, Willy Taveras. 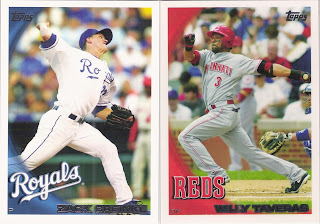 As always with any product you care about as a collector there are minor changes you would personally make. However, on the whole I like what Topps is putting out for 2010. The photos, as usual, are well chosen and the design, for the most part, works. I am not sure I will be chasing as many of the subsets this year, like I did last. Turkey Reds will be another big hit for Topps this year and I can see The Cards Your Mom Threw Out set being popular as well.

I will be building this set this year and have already placed the order for my box of jumbos at the local hobby shop.

Before I shut this down I also picked up a single pack of 2009 Topps T-206. I am addicted to this stuff. I placed an order for my fourth box while at the same store. As a bonus pack rip, here is what I got from this....... 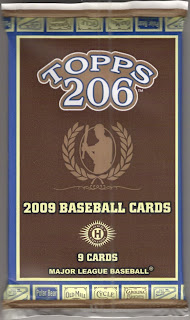 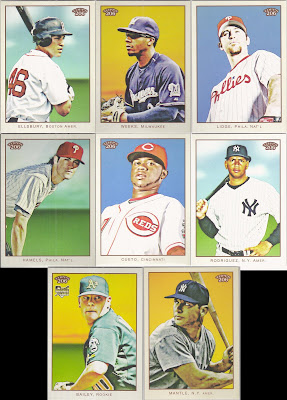 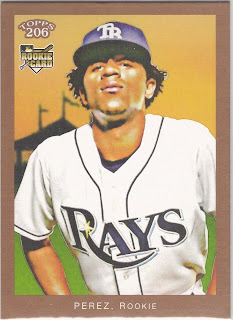 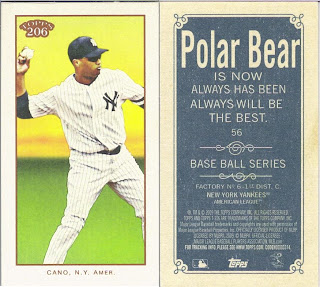