So, when last we left, I had returned a purchase to a group of individuals who made absolutely sure that I would never give them another penny while I draw breath. While I am positive this decision will not impact them in the slightest I can dream...lol.

As I made my way around the to the vendors I was amazed at just how much I had missed card shows of this magnitude. Not because of what I could purchase but more because of what it was I got to see. There were all kinds of cards that I am quite sure I will never own but to be able to see them and hold them was pretty cool. Unfortunately, as was to be expected, a majority of the stuff there was Hockey related. I did however manage to find enough dealers with baseball cards available to make searching worthwhile. I found several single cards that would add to my sub-set collection; 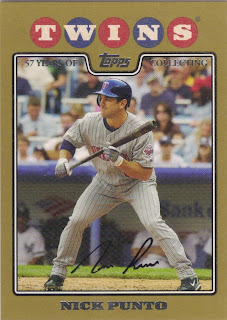 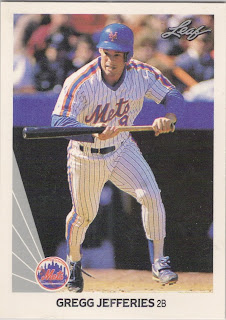 add to my player collections; 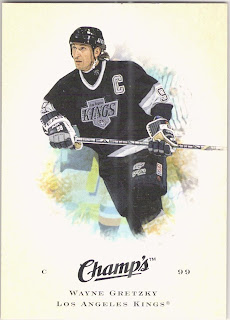 and finish off a current sub-set; 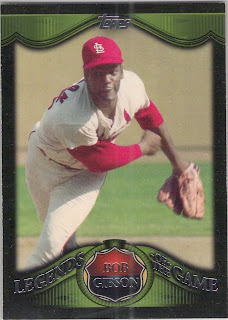 I also wanted to specifically thank TPM Collector's Store from Quebec for being one of only 4 dealers that I saw who ACTUALLY brought singles,commons and traders from current releases to the show. I managed to get another 100 cards closer to the 800-card OPC Hockey Parallel set at a very reasonable price. As well as finish off my 08-09 UD MVP Hockey base set.

I also picked up my missing pack of 1983 Topps Baseball; 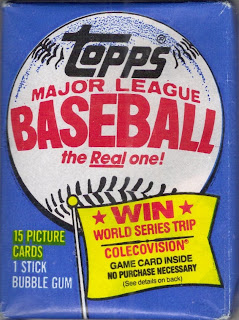 Having filled this gap in my pack collection I am now deciding on what to do with the extra pack of 1982 Topps I was offering up for trade. I have a few ideas, tell me what you think. I was either going to donate it to A Pack to be Named Later to be opened by one of their esteemed members, open it myself and post it to PTBNL, offer it up as a part of Waxaholic's 'Playoff Contest' prize lot or use it as a prize in a contest of my own. Decisions, decisions.....

While I was leafing through another vendor's singles boxes I found a number of cards that I have considered completing when I pulled them in a box break but have never really though twice about since. I like the idea and being a collector of programs from games they may be the closest I get to some of them; 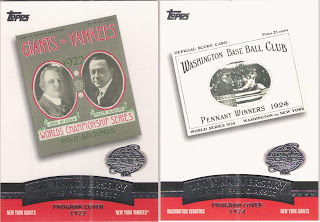 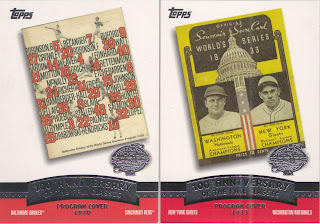 This may be a set that I pick away at more than obsessively try and complete right away. We'll see how it goes.
So, as you can see, once I got to travelling around the show I started to enjoy myself more and more and managed to make it a worthwhile experience. However, like any good story this is by no means the end. Tomorrow I will introduce you to an individual who made this show and absolute winner for me and also provided me with one of the goals I set out for myself this year.

Cheers,
Email ThisBlogThis!Share to TwitterShare to FacebookShare to Pinterest
Labels: not so much aaaarrrrrggggghhhhh, part 2, sets, show, singles